Home » How We Got Here, part 2: Kaley’s Edition

You can read the first part of this series here.

I’ve always been a fan of the “This is Your Life” concept. If there were a made-for-tv movie highlighting all of the events in my life leading up to my current state of frugality, I think it might look something like this. 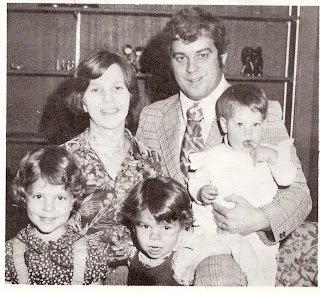 Wow, that feels weird to say. I think I had no idea how poor we were. My parents worked hard to find creative ways to keep us from feeling poor. And rarely did we talk about money being tight.

But, the salary of a small country church pastor is small and our family was large, so we were definitely poor.

If I had to do it all over, I think I might grow up poor again. (Although I might choose to be filthy rich the third time around!) For a lot of reasons.

First of all, I learned how little I really needed. Cut to scene of young girl sitting contentedly on ugly orange carpet. I was the kid who wore her sister’s hand-me-downs with pride, had no hate about the ugly orange carpet in her teeny tiny bedroom, and was completely unfazed by the fact that the guy she dated in high school had a brand new red sports car. And I promise I wasn’t weird.

I also learned that I liked to save my money. At some point when I was younger, my parents gave us a set of three envelopes to keep track of our money. We labeled them Savings, Tithe, and Spending. I would separate any money that I earned into those three envelopes. My favorite envelope was the one for savings. Maybe I was secretly hoping to save enough to replace that ugly, orange carpet…I don’t know.

Being poor also meant that I saw God provide for me a lot. When I was in college, my parents moved overseas to become missionaries in Korea. So our family’s pay scale changed from poor to dirt poor. To be honest, I’m not sure how I was able to afford college. But, over and over, God showed His care for me in the form of financial provision.

Cut to scene of college-aged girl in line at the grocery store, searching through her purse. Whether it was the $.25 that I found on the day that all I needed was a quarter or the $100 bills that would show up randomly from a secret provider or the woman behind me in line at Kroger who paid for the rest of my grocery bill when I didn’t have enough money–I knew my lack of funds was not a problem that was too big for God.

There were a few things that being poor did not teach me, however. Learning to be wise in my money management was one of them. Cut to scene of girl standing in the middle of a bank, crying. Loudly. The day that I stood in the middle of my bank sobbing uncontrollably because I had bounced my first check was one evidence of my lack of money sense. (I’ve always felt sorry for that poor bank teller.)

Then I married Wes.”