How We Got Here, Part 2: Kaley’s Edition

My wife has a way with words. On the contrary I only have a bad way with commas. I once got a 40 on an English paper in college due to my unabashed misuse of commas. To this day I am gun-shy when it comes to using them so I would suggest taking one BIG BREATH before trying to read the story of my life. 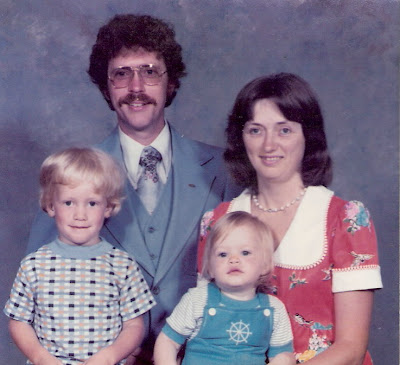 It is what I know, it is how my parents taught me to live. My Pop worked very hard to provide enough income to keep my Mom from having to work. When my brother and I started school my Mom worked part-time jobs that would allow her to get back home before the school bus dropped us off. We didn’t have a lot, but we certainly had enough. My parents were the dog; they wagged money like it was their tail.

First off, I learned that lots of people throw away money and that I shouldn’t be one of them. There I was at the horse show hanging around the trash bin after lunch (isn’t every little spendthrift into dumpster diving?), like a cat ready to pounce. They would walk up and toss it in, before it could hit bottom I had snagged it. It was in my plastic bag, and my eyes were peeled for my next victim. Don’t they realize that with a little bit of effort and some sticky fingers they could have a nickel to call their own? I wasn’t about to tell them. The masses threw those can deposits away before recycling was cool, so I snagged them and turned them into video games.

Coupons, packing your lunch, hand me downs, washed out sandwich bags, hatching your own chickens, patched up pants… they all rang up as dollar signs in the Ehret household. A trip to the grocery store meant that poor lady at the register had to double and triple my Mom’s manufacturer coupons, whoo hooo FREE FOOD! Mom drove around in her Chevette, hunting the supermarkets for deals like Dirty Harry hunted bad guys with his .44 magnum.

A little extra time and effort clipping coupons was my Mom’s way of sticking it to the man, or woman in most cases. She stretched our $40 a week grocery budget like it was nobody’s business. It is only in looking back that I’m able to marvel at it now. My mom was willing to do the UNIMAGINABLE (clipping coupons, using buy-one-get-one deals, she bought in bulk, and exercised restraint) to increase our food budget by upwards of 25%. I’m glad she did too, because we loved that dish of ice-cream during The Cosby Show.

Secondly I learned that Kids = Slave Labor…I mean ‘Hard work can save a lot of money’. Growing up to us meant some chores intermingled with Scooby-Doo and WWF Wrestling, or maybe it was the other way around. My brother and I were scrawny but we could pull weeds, shell peas, and toss firewood with the best of them thanks to our plantation-owning parents.

Gardening, splitting firewood, raising chickens for the eggs, and milking goats all rang up dollar signs and exercise. News flash–when you grow some of your own food and chop your own wood for heat you don’t have to pay someone else nearly as much to feed you and keep you warm. Rather than seeing it as grueling work, we saw it as a way of controlling where we spent our money. We could hand it over to the “the man”, or our dirty fingernails and a little sweat could be turned into a new cd player, a swimming pool, or a week at camp. A little effort really does go a long way.

Thirdly, I learned the satisfaction of doing it myself –vs- paying some schlub to take my money. My first bike was a nice repainted compilation of bike parts, the greatest of which was a beautiful cushy white banana seat. My Pop spent a few hours putting that bike together for me to learn to on. I also looked on as he snubbed the Maytag repair man by figuring out how to re-wire our washer for the price of parts. Pop took on things he had no business fixing, he’d tinker around and a day later it was good as new.

Fourthly, I learned that a budget is a very good companion. Every Thursday evening, like clockwork, my Pop was at the kitchen counter with his checkbook and a stack of bills. He had it all worked out–what bill to pay when and which account to take it from.

“That money is already spent,” he’d say as he pointed to a lump of cash sitting in the ledger book. He knew the car insurance would need to be paid every six months so he saved every week and when the bill came due he sent that “already spent money” in to pay it.

I didn’t appreciate it as much then as I do now, but my Pop was exercising some serious wisdom right in front of me. Wisdom says you don’t spend money that you don’t have, save for an emergency, save for a rainy day, save for something of quality even if it takes a little longer.

These formative years of frugality laid the groundwork for ‘How I Got Here’.